Right off the bat, Pleasure Venom unabashedly provokes an image of the very ‘in’ gothic aesthetics, though doesn’t utilize them in any particularly meaningful way. From the Birthday Party-esque guitar cacophony on Gunt to a general rundown of Robert Smith’s pedalboard effects (tremolo, flange, reverb, you can guess the rest) across the entire album, none of these aesthetics serve the particular songs all that well.

The 6 track album is a mixture of stomp and romp punk pub rock and goth dance rhythms. Everyone is on beat for the most part, and front person Audrey Campbell’s vocal delivery can be quite thrilling (especially on tracks Deth and Untitled). But if you feel underwhelmed while reading this, well, that’s how I felt listening to it.

Closing track Eddy is capped off with a great orchestrated outro, a much needed splash of rich color and depth delivered as a final gesticulation of the death rock aesthetics purported to define the album. I would have loved to see more of this throughout the album, letting the interludes and outros work the album’s aesthetic angle while pushing the songs the band had written a little harder, with less distractions.

Pleasure Venom is a punk record through and through. Perhaps there is a harder Grunge rock sound underlying it all, but experimental and No Wave (as one Bandcamp user called it) it is not.

What can I say? The record is fun, loud, and fast in all the normal places. There isn’t much to take in. Maybe that’s what their audience wants.

For fans of: Secret Shame, Amyl and The Sniffers, Mudhoney

Like Pleasure Venom? Give these a listen: Dame, Scratch Acid, Circus Lupus 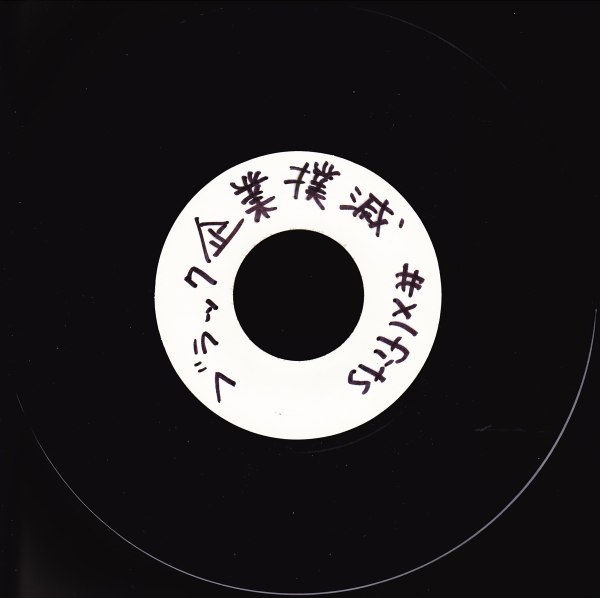 It all happened on one fateful night.

Another rainy Tuesday; some band from Japan was coming and playing a show at the record shop/bar I worked at. I knew nothing about them except their name: XL Fits.

The band showed up, loaded in and played to a room of 7 people including the staff. It was a half-hour of madness and confusion. What the hell was I watching? What the hell was I hearing? Loud, crashing chaos; The few attendees stood still, beer in hand, watching these 3 guys grind, wail, rock and thrash about.

As quickly as it started, the band finished and the attendees left. One of the members and I gestured a conversation the best we could to negotiate his beer order (a singular PBR) and I tried to express how great their set had been.

I quickly bought up all their merch, then XL Fits packed up and left with barely a word spoken between us. The shop owner left and I closed up. I walked to my car, avoiding the broken glass and drunk tourists, thinking about all the people who had missed out on such a life changing show.

Cut to now; sitting down to write. XL Fits are a band so specifically weird that it was daunting to even take notes while listening to Hands + Knees. It truly is a 7″ single. There is no b-side, not even a runout groove.

A 3-piece avant garde punk rock group, XL Fits could be best described as 1 part Sex Pistols, 1 part Oxbow, and about 3 parts DNA. Rarely does it seem any two notes play at the same time. The drumming on Hands + Knees plays out like a hyper-specified algorithm, while Morricone-esque bass thumps out the same refrain. Vocals wail, groan and moan their way over a guitar that is ever shifting between wailing digital noise and clean, drawn out strums.

Each and every part is played with the confidence that things will line-up at the right moments, something that most of us listeners take for granted. And really, that’s all it needs. Far too tight and far too good to be reminiscent of The Shaggs, Hands + Knees plays as if by a three-headed being, able to regroup with precision timing.

XL Fits’ work remains mostly unknown and underappreciated by western audiences. Hands + Knees, as amazing and strange as it is, can’t convey the reassurance that there could be something new out there on the musical landscape in our age of retromania and artistic stagnation. A spiritual experience lost in translation, if I’ve ever seen one.

The XL Fits show story has appeared twice on Resident Sound prior to this article, once in a review of Cal Folger Day and the other on + Brief Thoughts.

For fans of: DNA, Oxbow, Flipper

Like XL Fits? Give these a listen: Oxbow, DNA, Crack Cloud,

The sonic equivalent to Sunset Boulevard’s floating-pool opening, the unhinged bordering on infantile murmurs of outspoken vocalist Eugene S. Robinson creep into frame. Waves form and relax without ever breaking. That is, until they do, and opening track Over slams into slide guitar swells and low horn rumbling. Drummer Greg Davis commands every puncturing beat, subsiding only while guitarist Niko Wenner and bassist Dan Adams quilt the listener in delicate mystique; every touch of the ride cymbal a looming threat (or promise) of what could come back at any moment.

Eugene S. Robinson’s vocals can be hard to explain. He subverts macho-man standards of barked yelling with something deeply human, unique while simultaneously universal. Never seeming to follow a basic verse to chorus lyrical delivery, Robinson could be considered an example of Cathy Berberian’s idea of New Vocality, sometimes sounding like the Russian futurists’ idea of Zaum, or dadaist sound poems. But the lyrics that do clearly present themselves upon first listening add yet another layer of eerie mystique. To take a line from Benjamin Louche’s blog, “[Serenade in Red] is worth a purchase should you wish to hear what it sounds like when a man turns himself inside out over the course of an album…”

Just when you’re starting to settle into the shadow of Serenade in Red’s opening half, midway track La Luna comes barging through the door like a violent behemoth. Oxbow makes you wait in the noise they buried you in. Constantly destroying any resemblance to a basic verse-chorus and so on structure.

Oxbow is, among other things, a band not to fuck with. Working at their own pace, with their own sounds, even an Oxbow song of lesser quality holds more merit than most Melvins ‘hits’. Their willingness to experiment with poetry and uncommon instruments (from a rock stand point), while completely disregarding conventional structuring allows them to craft work with such emotional potency as to make most notable rock groups banal.

You can read a great Bandcamp Daily article about Oxbow here: Oxbow’s Avant-Rock Experiments With Light and Shadow.

If you enjoyed the more David Lynchian elements of Serenade in Red, you may enjoy our Guide to The Fast Paced, Lighthearted World of DOOM JAZZ.

Like Oxbow? Give these a listen: Racebannon, Loudspeaker, Bohren & der Club of Gore

Sick of Living/Unwilling to Die is a not so subtle ode to the Zodiac Killer, a serial killer whose larger than life self-PR department helped fuel terror and intrigue throughout the 1960s/70s. A one-trick pony of face-value misogyny, Black Magnum’s inability to offer any type of substantial narrative, played ad nauseam, crosses into territory of uncreative fixation. Given its emotional weight, one would hope violence as artistic subject matter would be utilized better than a ‘dead baby nailed to 10 trees’-type joke.

It isn’t that violence can’t be used in this manner and work well. Bands like Ted Bundy’s Volkswagon and Theatre of Ice have used depictions and speculation of real life violence as a backdrop for topics such as the human condition, isolation, life and loss.

So what does Black Magnum have to offer us? Unfortunately not much. While opening track Oh Well offers heavy grunge riffs, sloppy fun drumming, and intriguing sample usage, Sick of Living/Unwilling to Die fails to deliver anything other than mundane songwriting and moronic lyrics.

Like Black Magnum? Maybe try one of these instead: Ted Bundy’s Volkswagon, Lubricated Goat, God Bullies