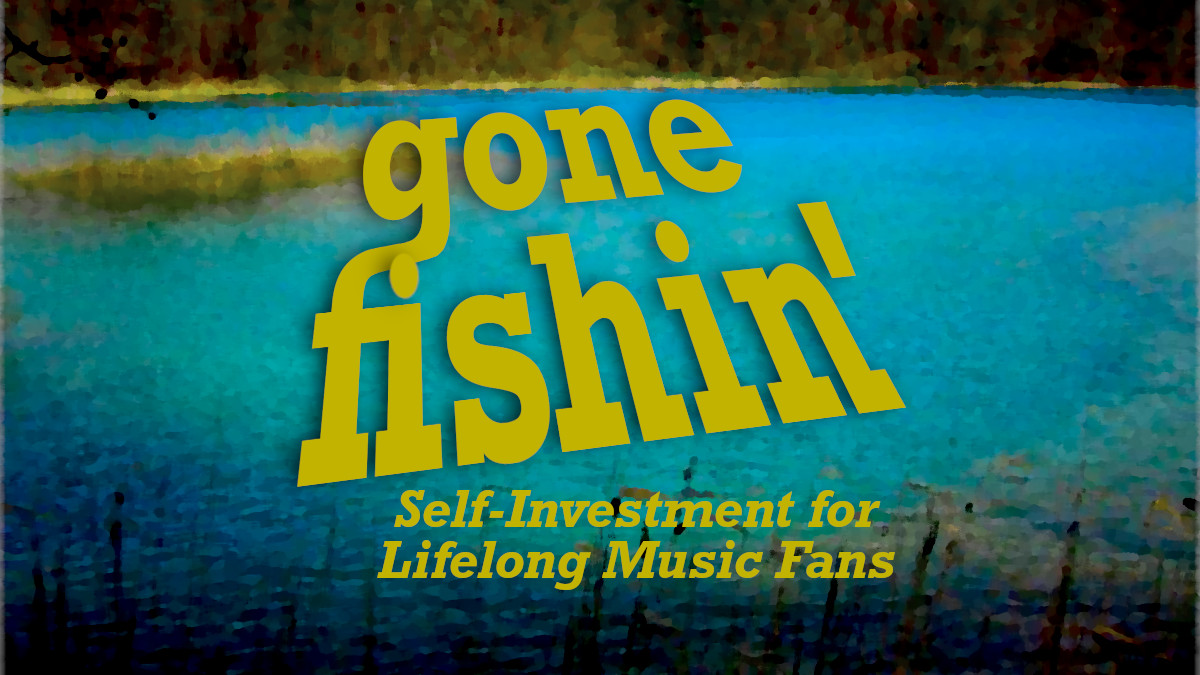 15 years into Spotify’s reign of terror the need to take control of one’s own cultural influence has never been greater. There’s never been a better time to invest in yourself, so why not get started on the thing that brought you to this site in the first place: your love of music.

To pull a quote from Joe Steinhardt’s 2021 pamphlet Why To Resist Streaming Music & How, “They say streaming is a ‘don’t own anything’ paradigm, but it’s actually a ‘you’re always buying things’ paradigm. Spotify uses the same predatory business model as a store like Rent-A-Center to ensure you are paying to rent something for life that you used to be able to just buy once for a much lower overall cost.”

It wasn’t cheap convincing people to rent for life, but that’s how they’re going to make their money back.

Paid streaming subscriptions for music and movies are a hostage negotiation that only ends when you stop paying. Album taken down for any reason? Too bad. Album get’s altered after its release? Too bad. And let’s not get started on the reinvention of cable TV.

When you buy a record or movie, be it digital or physical, it is yours for life. Play it forwards, backwards, upside down. It’s your copy and it will always be there for you. Spending 10-20 dollars a month on Bandcamp or at a mom-and-pop record shop puts the money in the hands of your community and the artists you patronize, and out of the hands of problematic megastars skimming off pro-rata payment systems used by Spotify and other music streaming distributors.

Step away from endless playlists

I, for one, would argue that a 23+ hour ‘exotica essentials’ playlist has a lot of fat to be trimmed. It makes sense to be hesitant to switch to a so-called ‘limited’ listening model like owning your own music. But what’s more important: access to ‘everything’ or embracing what matters?

You’ll never come to fully embrace good work if you’re slogging through a sea of soundalikes. Sit down with an album, an EP, or a singular song and let it tell you its worth. Step away from the mindless streaming of soundalike tracks and embrace your own curated world tailor-fit for you, by you.

Don’t be afraid of albums

Knowing a little about a lot is a great way to explore culture and tastes, but don’t be afraid to commit to buying albums. In the digital age, every song is now a single. No longer encumbered by needle dropping or blindly winding tape, we have a world of b-sides and gems hidden across massive discographies that are ready to be unearthed. Yet many of us never listen to the full album.

Maybe the idea of spending 7 to 10 bucks on a singular album is daunting. What if the album isn’t all that worth it? While sites like Youtube are a great way to discover and decide if you like an album before buying it, they’re not an ethical substitute for owning music. Aside from an onslaught of ads interrupting the music, the streaming royalties through Youtube will never reasonably be enough to support the artists whose work you enjoy.

The truth is many releases aren’t worth the money for the full album. That’s why we leave reviews, share with friends, and read blogs. But I say where there’s smoke, there’s fire. If you’re a deep fan of a select few songs on the album, you’re most likely going to enjoy the rest. So instead of checking out another bloated playlist, try revisiting albums which you already enjoy a few songs from.

While Steinhardt’s accusation of Apple phasing out disc drives to force people into supporting a streaming model is seemingly unsubstantiated, the likelihood of computer manufacturers bringing them back any time soon is slim.

CDs are incredibly cheap for any artist to produce, and with a massive (and inexpensive) second hand market CDs are financially accessible for many people. Many albums have only ever existed in their initial release, and while the vinyl resurgence is allowing hidden gems to be re-discovered, there’s still many albums only accessible in their original compact-disc release.

Why let ‘the man’ hold you back? Invest in a $20 disc drive and open the door back to an entire world of media.

Find what you really care about

Finding the music you really care about takes time. In our culture of fast fashion, Instagram posturing and trend following, taking time to cut through to what you truly care about is an important investment in yourself. Learning to be adaptable and open to new things allows us to become our best selves over time, but we need to learn how to do so in spite of fast-fashion trends: be it clothes, music, attitude, or the all encompassing ‘subculture revival’ trends.

Enrich your life by investing time and money in the music that suits you best. What songs do you get the most out of? Feel it through and accept no substitutes. Artists, albums, and songs that resonate with you shouldn’t be sloshed about in a sea of imitations, knock-offs, and general ‘sound-a-likes.’ Reel ‘em into your life, and keep on fishin’.